Trigeminal Neuralgia: What is it?

Trigeminal Neuralgia is known to cause the most severe pain in the face. It is featured by excruciating, electric shock-like, shooting, stabbing pain in the area of Trigeminal nerve distribution in the face. It affects one side of the face and in between pain attacks, there are pain-free periods. Pain is felt more by following trigger factors like touching the face, chewing, swallowing, brushing teeth, or even talking. The face looks absolutely normal.

What is Secondary & Primary Trigeminal Neuralgia?

When is Trigeminal Neuralgia seen?

This condition is more often seen in the middle-aged and is more common in females than males. In the majority of the patients, the pain is strictly one-sided except in multiple sclerosis patients (2% patients) where it is seen on both sides of the face. Trigeminal neuralgia is more seen and twice as common on the right side. Most commonly patients present with pain maximum either in the maxillary (upper jaw) or mandibular (lower jaw up to ears) divisions.

What are the tests or investigations for Trigeminal Neuralgia?

Patients in the initial stages respond to medicines but as the duration of the disease progresses, the medications become ineffective, and the patient will require an increased dose or an interventional pain management procedure to control pain.

Interventional pain management must be tried to provide pain relief in trigeminal neuralgia when pharmacological management is unsuccessful or there are side effects of oral medicines; seen after a few years of the disease.

Individual divisions of the trigeminal nerve at the trunk (like maxillary nerve block & mandibular nerve block) or at their peripheral branches (like supraorbital, infraorbital, inferior dental and mental nerves) may be blocked with local anesthetic or neurolytic agent (like phenol/alcohol). These may have side effects of increasing neuropathic pain after nerve block. More recently cryoneurolysis or cryoablation is done to block these nerves, which don’t have this side effect.

The trigeminal ganglion/Gasserian ganglion block with Radio-Frequency, glycerol or Balloon compression is considered best for trigeminal neuralgia. These are recommended by recent evidence-based medicine. Alcohol, glycerol, or phenol are rarely used nowadays because of their complications like numbness, corneal ulceration, drooling and trophic lesion of the skin, and sometimes constant burning pain in the numb area. Success rate with Radio Frequency is 98%, & balloon compression 90-100%. Serious complications of radiofrequency procedures are rare, except for partial numbness which is not uncommon. Glycerol inj at the retro-Gasserian area is safe but has a higher failure and early recurrence. Balloon compression is very effective but more invasive, more costly, needs general anesthesia (other interventions can be done with local anesthesia) and may produce muscle weakness.

Gasserian ganglion block with radiofrequency is the most commonly performed nonoperative procedure throughout the world, because of its minimal complications, highest success rate, and low recurrence rate.

Vascular decompression surgery is undergoing a lot of trials in view of complication rate and high recurrence rate. There are many other invasive procedures like posterior fossa section or decompression and medullary tractotomy, which have higher complication rates. In recent times the reason for trigeminal neuralgia is presumed to be an abnormal blood vessel pressing over the fifth nerve at the site of origin. To prevent pressure effect by blood vessel a Teflon pad is interposed between the blood vessel and the nerve. Once the pressure is relieved over the nerve, the neural transmission is supposed to return to normal. It has been reported to provide immediate relief in 79% of patients. Long-term complete and partial relief was 73% and 8%. Mortality is low (0.3%) and overall major complications were about 2% after this operation.

To compare these two options we should compare success rate, complications, recurrence rate & cost. Considering all these factors interventional pain management (like Radio Frequency ganglion block) is much better than surgical procedures. 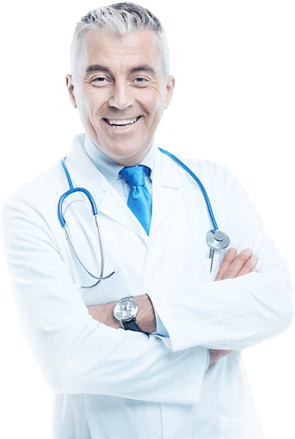